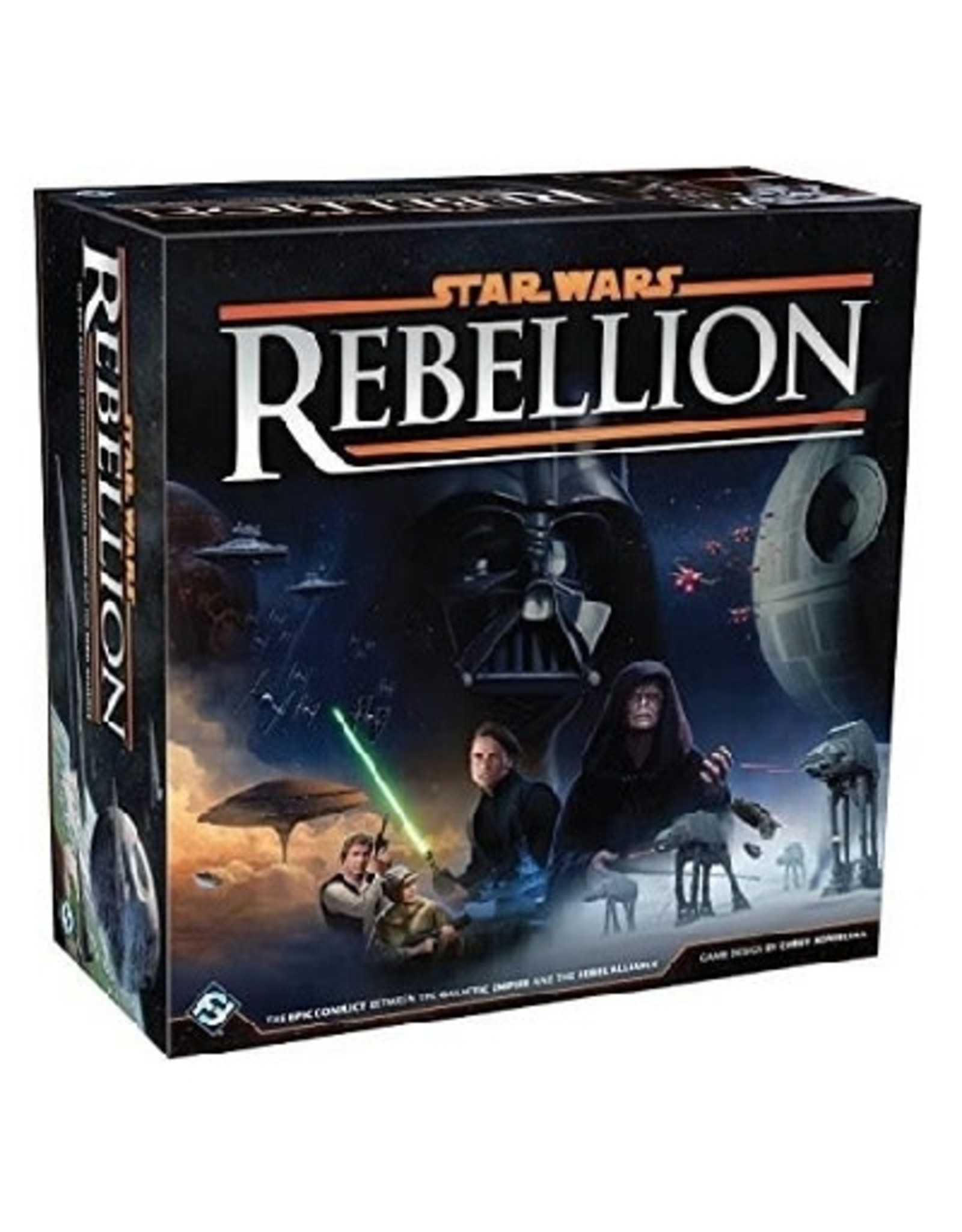 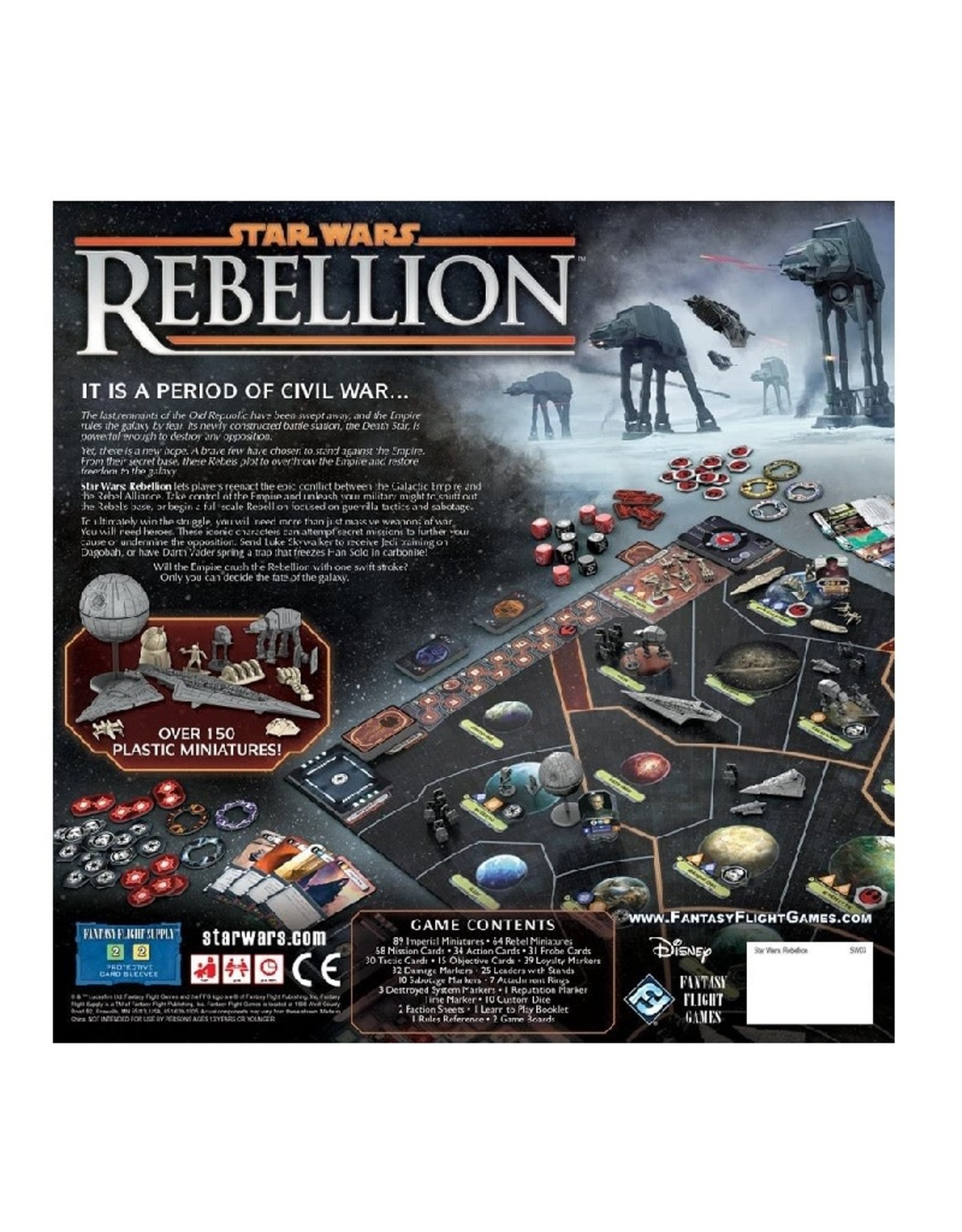 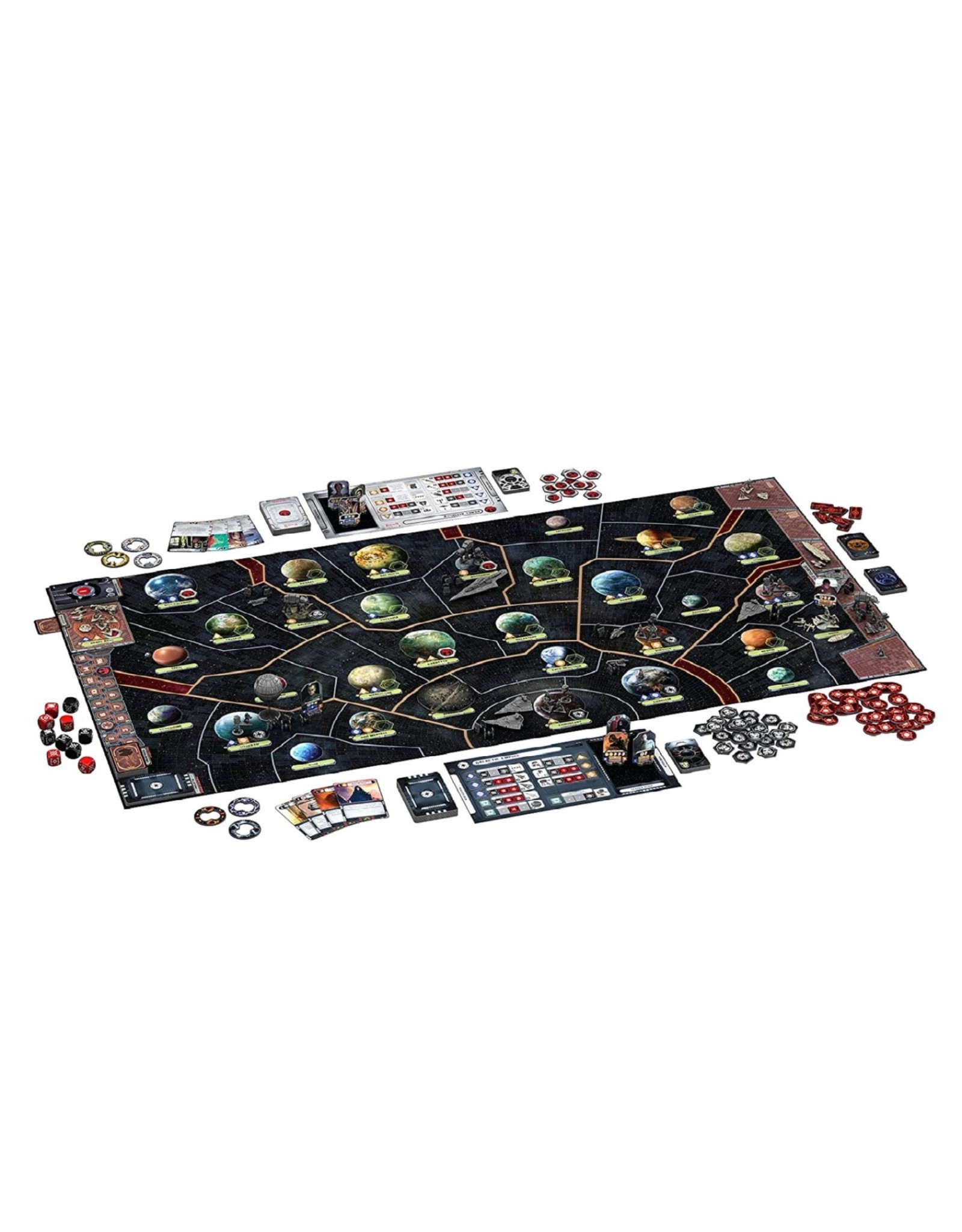 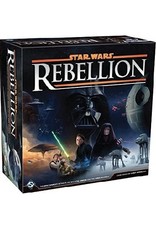 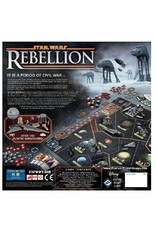 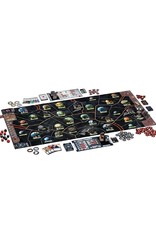 Star Wars: Rebellion is a board game of epic conflict between the Galactic Empire and Rebel Alliance for two to four players.

Experience the Galactic Civil War like never before. In Rebellion, you control the entire Galactic Empire or the fledgling Rebel Alliance. You must command starships, account for troop movements, and rally systems to your cause. Given the differences between the Empire and Rebel Alliance, each side has different win conditions, and you'll need to adjust your play style depending on who you represent:

Featuring more than 150 plastic miniatures and two game boards that account for thirty-two of the Star Wars galaxy's most notable systems, Rebellion features a scope that is as large and sweeping as any Star Wars game before it.

Yet for all its grandiosity, Rebellion remains intensely personal, cinematic, and heroic. As much as your success depends upon the strength of your starships, vehicles, and troops, it depends upon the individual efforts of such notable characters as Leia Organa, Mon Mothma, Grand Moff Tarkin, and Emperor Palpatine. As civil war spreads throughout the galaxy, these leaders are invaluable to your efforts, and the secret missions they attempt will evoke many of the most inspiring moments from the classic trilogy. You might send Luke Skywalker to receive Jedi training on Dagobah or have Darth Vader spring a trap that freezes Han Solo in carbonite! 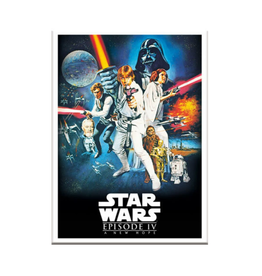 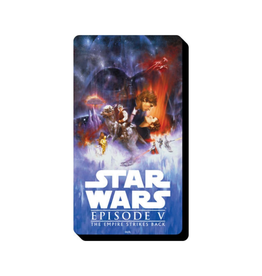 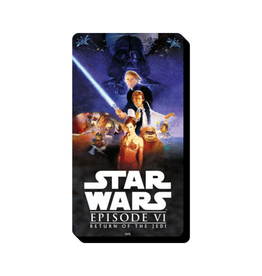 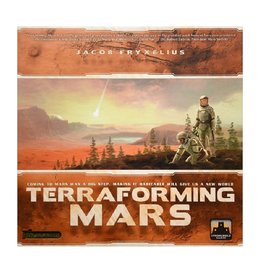 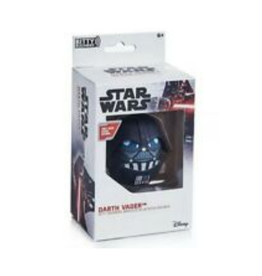 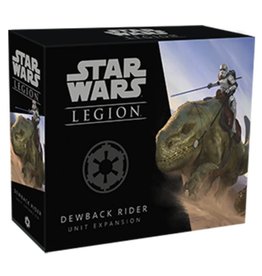 The Empire often uses local creatures for its patrols, and in desert environments, Imperial troopers rely on dewbacks, mighty reptilian creatures that can survive extreme temperatures. Between the Sandtrooper rider's array of weapons and the powerful claw
Add to Cart
Star Wars Legion: Dewback Rider
$29.99 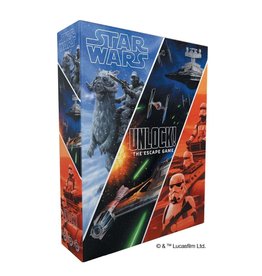 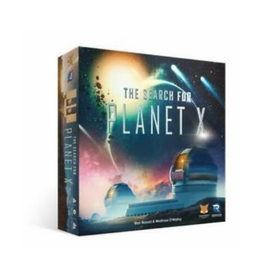